Much Ado About a Slide 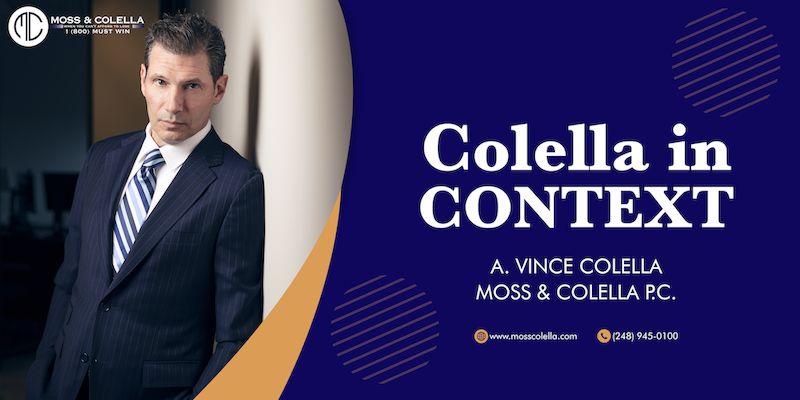 This article was first published in the Detroit Legal News on September 8, 2022.

One of the recreational staples in the City of Detroit has come under fire. After a pandemic related two-year shut down, the Belle Isle Park “giant” slide — a wildly popular attraction since 1967 — reopened on August 19. However, after only one day, the slide was closed to the public due to riders experiencing issues with speed in the descent. Reports in both mainstream and social media quickly emerged with videos of riders racing down the slide over peaks launching them into the air and crashing down to the bottom. Celebrity Tik Tok videos of riders going airborne to rowdy music have gone viral.

Belle Isle Park was developed in the 19th Century. It is owned by the City of Detroit and managed as a state park by the Michigan Department of Natural Resources (“DNR”). Belle Isle is the largest city-owned park in the United States. While there were no reports of serious injuries, the videos clearly demonstrated the potential for a catastrophic event. Ron Olson, the chief of Parks and Recreation, admitted that a fresh coat of wax (applied at the beginning of every season) was likely the culprit for the high speeds catapulting riders into the air, describing the application as “a little robust.”

Public parks have always presented a unique challenge to those who have been injured while enjoying the outdoor experience. Slides, in particular, pose a predictable risk of harm to children due to a multitude of factors, including their size and height. However, from a liability standpoint, municipalities and government agencies charged with maintaining the safety of public parks, are cloaked with immunity when an injury occurs. Historically, immunity challenges have been predicated upon two theories of liability, (1) the “public building” exception, and (2) gross negligence.

In Pichette v Manistique Public Schools, 403 Mich 268 (1978), our Supreme Court broadly held that a child slide permanently attached with concrete to the surface of a public school playground and immediately adjacent to a public school building fell within the public building exception. Pichette, supra. However, the Court’s expansive interpretation of the exception was struck down in favor of a narrower application of the rule. Jolly v City of St. Clair, 428 Mich 860 (1987). The Jolly Court determined that the public building exception does not apply to a slide located in a public municipal park that was not “immediately adjacent to” or “part of” any public building. Essentially, slides like the one at Belle Isle that are free standing or stationary do not give rise to tort liability.

Attempts to circumvent immunity have also been made by bringing claims of gross negligence against individual city officials. One such case, Elmadari v Filiak, 2001 Mich App LEXIS 377 (May 25, 2001), involved a minor plaintiff injured while playing at a city park when his foot fell through a hole in the bottom of a slide as she tried to climb up the slide from the bottom. Subsequently, she sued a city maintenance worker responsible for the safety of park equipment. In determining whether the city maintenance worker could be held liable for gross negligence, the court pointed out that the defendant must owe a duty of care to the plaintiff. However, because the plaintiff was unable to establish a sufficient relationship between herself and the park maintenance worker, the court found no legal obligation on the defendant’s part to act with due care for her safety. Moreover, the court determined that even assuming the defendant owed a general duty of care, it arose out of his job as a city maintenance worker and not out of any relationship between himself and the plaintiff. Therefore, any duty defendant owed was to the public at large.

While the Elmadari decision turned on the issue of duty, it is highly improbable that a plaintiff could establish a claim of gross negligence against a parks and recreation official based upon the statutory definition alone. Under MCL 691.1407(8)(a), “gross negligence” means conduct so reckless as to demonstrate a substantial lack of concern for whether an injury results. Applying this definition to the Belle Isle Park slide scenario, had a serious injury occurred, to prevail on a bid to overcome government immunity, based upon the theory of gross negligence, a plaintiff would have been required to show that a park official had (1) knowledge of the slide’s dangerous speeds, (2) that the speed would likely cause serious injury, and, after acquiring that knowledge, (3) failed to remedy the condition or take reasonable action to protect the public against the dangers. A rather depraved and unlikely scenario.