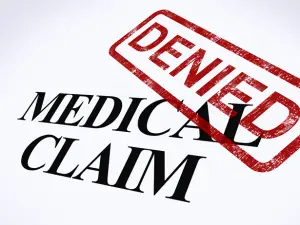 On June 11, 2019, Michigan Governor Whitmer signed House Bill 4397. This new bill (which I will refer to as the No-Fault Reform Act) provided many significant changes to Michigan Auto No-Fault law. Among the most substantial changes were the regulations imposed on insurance company-hired Independent Medical Examiners (IME). These changes are intended to provide initial safeguards in an attempt to prevent potential abuse by the insurance companies.

Specifically, the No-Fault Reform Act provides the following changes to IME: (1) the IME doctors must be licensed in Michigan; (2) If a specialist is providing medical care to a patient who needs to be examined by an IME, then the IME must also be licensed in the same medical specialty as the specialist providing the care; and if the physician providing the care is board certified in their specialty, then the examining IME physician must also be board certified in that same specialty; (3) During the year before an IME, the IME doctor must have devoted a majority of professional time to clinical practice of medicine/specialty or teaching in an accredited medical school.

The first two rules are not likely to have an outstanding effect in the legal arena. Deficiencies in Medical Examiner’s curriculum vitae are generally exposed in deposition testimony or at the very least – cross-examination. Moreover, an opinion from an unlicensed doctor or physician acting outside of his or her expertise is not likely to carry any weight with a jury. Lastly, given the large number of IME vendors, board certification in a specialty is not a particularly onerous requirement for a carrier to satisfy. Nonetheless, the clinical practice requirement is certainly a giant step in the right direction of Auto No-Fault reform.

The clinical practice requirement, however, will carry weight and likely eliminate the windfall that many IME’s have been experiencing. Prior to the No-Fault Reform Act, insurance company-hired IME’s were left highly unregulated – enabling IME’s to thrive solely dependent upon no-fault litigation and without a clinical practice of their own. This dependency made it not only feasible, but an extreme financial advantage to suspend their clinical practice and focus solely on IME work. As an IME, the examiner bore no risk for medical malpractice for misdiagnosis as they were not rendering care. Thus, it essentially allowed Medical Examiners to make twice as much money while doing half of the work and eliminating the hefty cost of medical malpractice insurance necessary to treat patients in clinical practice. The No-Fault Reform Act corrects this wrong. By mandating that all IME’s operate a clinical practice of their own or at least teach at an accredited medical school, the No-Fault Reform Act is attempting to assure the credibility of these so-called “independent” examiners.

To put this in perspective, consider the following: IME’s are hired by insurance companies to provide an unbiased evaluation of the Plaintiff’s injuries. However, the results make it immediately apparent that most IME’s fall far from “independent.” One could argue, the sole purpose of their employment is to come to a conclusion that is contrary to Plaintiff’s medical records. Should they conclude contrary to the goals of the insurance company – it is likely that they will be replaced and scratched off the list to be hired in the future. Hence, Independent Medical Examiners have become an oxymoron in the area of Auto No-Fault Litigation.

Thus, it comes as no surprise that the No-Fault Reform Act sought to create baseline requirements for IME’s. While these new requirements may appear to be common sense, they filled a much-needed gap in Auto No-Fault system that has long been hurting Michigan citizens. The new law became effective on June 11, 2019. We will soon see if this “fix” truly allows for a more fair and impartial review on the behalf of IME’s.

Founded in 1997, The Moss & Colella law firm rightfully represents victims of personal injury, civil rights violations, discrimination, and wrongful death. The firm is recognized as a leader in complex tort litigation, including excess and deadly force, jail death, sexual abuse and harassment, auto and truck accidents, and other serious injury and wrongful death claims. A Michigan Personal injury lawyer at Moss & Colella is always ready to help you. Even if you or a loved one was injured due to a motor vehicle accident, a truck accident lawyer or a motorcycle accident lawyer at our firm can help you. To learn more about the firm and its diverse areas of practice, visit the Moss & Colella website.

Vince Colella is the Managing Partner of Michigan-based personal injury and civil rights law firm Moss & Colella. In 2019, he was named a Leader in the Law by the trade publication, Michigan Lawyers Weekly.