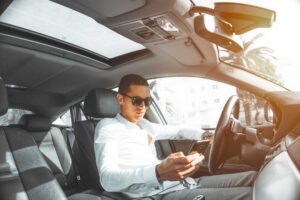 After a year largely spent at home in 2020 due to the pandemic, people were eager to get out of their houses and back on the roads in 2021. And, with the latest numbers, it seems some drivers may have tragically lost some basic driving skills while they were stuck at home. According to the recent Crash Stats released by National Highway Traffic Safety Administration (NHTSA), 2021 saw an unprecedented spike in traffic fatalities – the highest increase NHTSA has ever seen, based on traffic fatality data dating back to 1979.

“A statistical projection of traffic fatalities for the first nine months of 2021 shows that an estimated 31,720 people died in motor vehicle traffic crashes nationwide,” the report notes. This translates to an approximate 12% increase in deaths, compared to the same 9-month timeframe in 2020, which still saw a 5.2% increase, despite many Americans staying at home.

Let’s bring the reality of the data closer to home. NHSTA divided the United States into 10 regions and Michigan is in region five, along with Minneapolis, Illinois, Ohio, Wisconsin, and Indiana. Region five saw a 13% increase in estimated traffic fatalities in the first nine months of 2021, compared to the first nine months of 2020. 9 out of the 10 regions saw increases in estimated traffic fatalities during the same timeframe.

Let’s all do our part to get these numbers down in 2022. Stay safe on the roads out there. Wear your seat belt. Drive the speed limit. And do not be a distracted driver – you’ll not only be protecting yourself, but others, too.